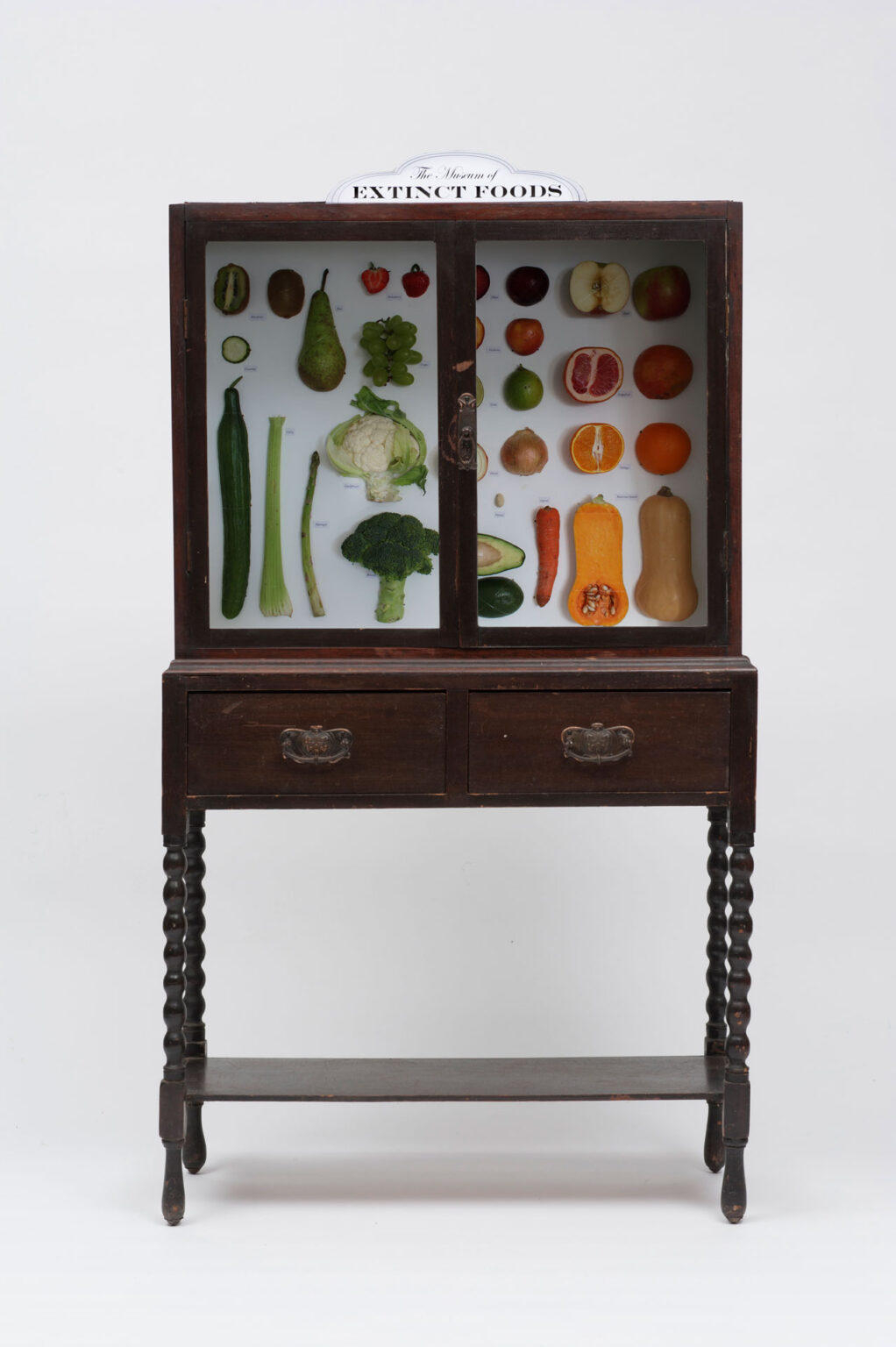 The Museum of Extinct Foods

Our bees are dying. No Honeybees = no pollination. Imagine a world without honey, without apricots, without almonds…

This museum was a response to meeting Philip – a fascinating violin-maker and bee keeper. It was designed and displayed in public spaces to provoke discussion and create awareness about how the decline of bee populations is making the food we grow and eat are endangered.

When visiting Philip—at his home and workshop in Norfolk—he explained how his bee colonies had deserted the hives very suddenly. He believed it was due to pesticides being used on the crops in neighbouring fields. He continued to show us round his permaculture garden which kept him and his elderly mother almost self-sufficient. His stories about the importance of bees for pollinating plants, bushes and trees that bear fruit, vegetable, nut, legumes; all our main foodstuffs were a wake-up call.

I was aware of animals going extinct but it had never occurred to me that the same might be possible for the food we eat.